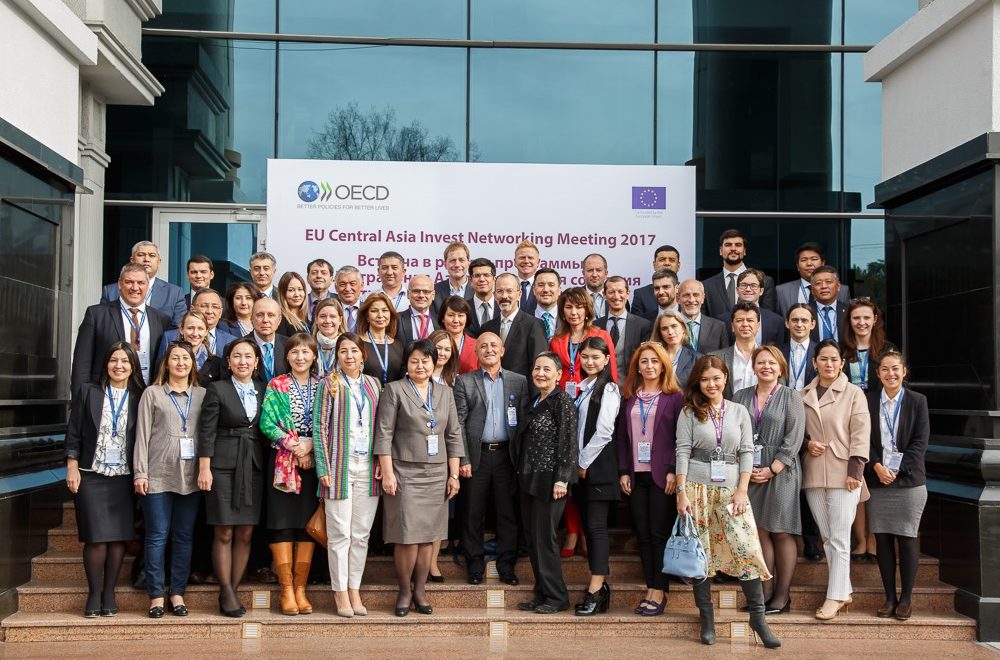 The EU Central Asia Invest (CAI) Networking Meeting was held on 25-26 October in Almaty, Kazakhstan. It gathered over 70 participants, including all seven projects from the EU CAI programme, CAI project managers, Vice-Ministers of Economy from Central Asia (Kazakhstan, Kyrgyzstan, Tajikistan, and Uzbekistan), Business Intermediary Organisation (BIOs) from the region and the European Union, the European Commission’s DG DEVCO representatives, the OECD and relevant development partners. Participants discussed the main private sector development issues in the region and how to further enhance the involvement of BIOs.

The meeting’s goal was to offer stakeholders an opportunity to exchange knowledge and share experiences and approaches. It also enabled participants to elaborate jointly on how to improve co-ordination, visibility and impact of their work.

The Ambassador of the European Union to Kazakhstan opened the meeting by emphasizing Central Asia’s strategic importance for the European Union, and how the CAI programme could contribute to increasing collaboration between its stakeholders. Vice Ministers of Economy from the region highlighted the crucial role of BIOs in in the current reforms on private sector development which their countries are undergoing.

The first plenary session allowed for horizontal coordination among participants who presented their project’s objectives and activities, and identified common issues and potential synergies. The session featured panels on three topics that are crucial for BIOs in the region: public-private dialogue, trade and transport, and capacity building.

Within the afternoon breakout group vertical co-ordination was strengthened by discussing key policy messages for private sector development, to be conveyed to Central Asian policy-makers:

The final plenary session on visibility, co-ordination and impact allowed participants to exchange views on how to approach the improvement of visibility for the EU, and developed ideas on better co-ordination and networking activities among projects and BIOs, such as the creation of an online community.

The EU closed the meeting by underlining the significance of public-private dialogue in policy-making, the need for demand-driven services for SMEs and continued capacity-building in order to allow BIOs to efficiently respond to the private sector’s needs. Participants were invited to join again the EU CAI Networking meeting next year.